You don’t need to be that Wealthy to Buy a Home in Dubai. 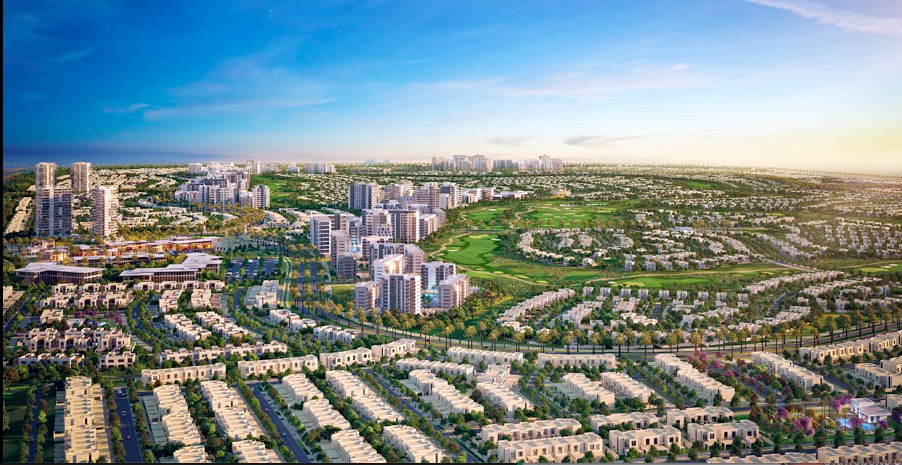 Even a salaried mid-income household or a small business owner on a tight budget is now getting to have options to buy a home in Dubai as developers make a decisive change in their approach and have come up with flexible payment plans.

With newly launched Emaar South announcing initial launch prices of Dh699,000 for a two-bedroom villa, accessing the residential market is starting to get just a bit easy.

And, more importantly, this would be the prompt for a majority of developers to start committing to “genuine” mid-market, affordable properties than has been the case in the past.

“It’s a game changer — affordable housing is finally becoming a reality in Dubai rather than being talked about,” said Talal Al Gaddah, CEO at MAG Property Development. “When one master-developer changes the price points, everyone competing in the same space has to do so.

A genuine shift will come when more developers start matching those prices and offering the same quality.”

Market sources confirm that the initial interest in the Emaar South offering has been exceptionally high.

Moreover, the development has a substantial 15,000 homes — in various formats — it can sell, or in other words absorb much of the pent-up demand for affordable home purchases.

Other developers will have to come up with something fast to make sure they stay in the race or get pushed out altogether.

A villa for under Dh1 million

Damac has just announced three-bedroom villas — at its Akoya master-development priced at Dh999,999 payable over three years plus the title deed to the plot. And they are targeting the a younger generation of buyers with its offer.

Another developer, Nshama, has been consistently going for the mid-market for its Town Square project.

Interestingly, Dubai used to have prices on a par or even lower, when it started out on its freehold journey.

“Data shows that in 2002, a fourth of the overall property purchases were by employed professionals,” said Sameer Lakhani, managing director at Global Capital Partners. “It was the subsequent run-up in prices that led the market to focus only on luxury.

“But there was a genuine intent on the part of government-owned developers to keep on catering to the mid-market. The current pivot to this category is a return to the principles of 2002-03. A genuine reset of priorities is happening.”

Some market sources are concerned the small or mid-sized developer will find it difficult to compete in this category.

When master-developers open the floodgates to mid-market homes, “their access to a vast land bank and substantial cash positions puts them in an enviable position,” said an analyst.

“They can also bring down the margins on such projects without impacting on their cash flow. Very few of the private developers can afford to do that, and if they do, quality of their builds could suffer.

“Very few private developers can offer more than a hundred-odd budget homes in one go. As against that, master-developers can throw in the thousands, Emaar South alone will have 15,000.”

It’s going to be a long-drawn battle. And the winner will take it all.

But for Dubai’s mid-income residents now looking to buy a home, they would say they are the winners

Introducing DAMAC Lagoons, chic townhouses with gleaming facades located in a new residential neighborhood by trusted real estate company DAMAC Properties from the UAE.Each townhouse in DAMAC Lagoons features large living spaces and expansive outdoor spaces. Investors & end-users have the choice of townhouses for sale range from 3, 4, and 5 bedrooms to the luxury of a bedroom/playroom on the terrace. The main feature of the community will be a huge artificial handmade water lagoon in the shape of the letter D – Lazy River.In order to register your interest, you will be required to pay an EOI of AED 20K (USD 5.4K), while the booking fee amounts to 5% of the property value. There is also an attractive opportunity to benefit from a 5-year post-handover payment plan with a 70/30 scheme.Connect with us to Synergize your investments with your goals -WhatsApp: +971523999958Contact: +971557990988Website: www.synergy.properties#realestatedubai #dubai #dubairealestate #realestate #mydubai #dubaiproperties #dubailife #dubaiinvestment #uae #dubaiproperty #investment #realestategoals #luxuryliving #dubairealty #allthingsrealestate #realestateinvestor #luxuryrealestate #dxb #realestateagent #luxury #buyproperties #brokergoals #qualityliving #synergyproperties #bhfyp #properties #apartments #property #commercialrealestate ... See MoreSee Less

Gardenia Townhomes by Wasl Properties at the most sought-after community Wasl Gate offering 3 & 4 bedroom townhomes at Jebel Ali, Dubai with an attractive payment plan for buyers. The well-structured development is crafted with high-class features and followed by splendid interior design to build a better lifestyle. Magnificent stunning town-homes nestled in the lush green lands with its key locations to the rest of the city.It is designed and structures set to be the ultimate haven for the residents featuring immaculate infrastructure and with state of art interiors. The Townhouses are exclusively designed with dedicated lawns in the front area with spacious backyards. The Project is set to be at the best location provided by the Wasl with key access to the Sheikh Zayed Road and access to the city’s best retail outlets, dining, and the favorite regional business area.Key Highlights:- Lush Green Landscape gardens- Master development featuring freehold community- Excellent connectivity to all parts of Dubai- 71 Residential plots, 32 mixed-use plots, 2 school plots, and 12 showroom plotsConnect with us to Synergize your investments with your goals -WhatsApp: +971523999958Contact: +971557990988Website: www.synergy.properties#realestatedubai #dubai #dubairealestate #realestate #mydubai #dubaiproperties #dubailife #dubaiinvestment #uae #dubaiproperty #investment #realestategoals #luxuryliving #dubairealty #allthingsrealestate #realestateinvestor #luxuryrealestate #dxb #realestateagent #luxury #buyproperties #brokergoals #qualityliving #synergyproperties #bhfyp #properties #apartments #property #commercialrealestate ... See MoreSee Less

It is a time for celebration, a time for victory of good over evil when the world sees the example of the power of good! Let us continue to celebrate the same "true" spirit. May Lord Ram keep lighting our path of success and help us get victory in every phase of our lives & businesses.Wish you a Happy Dussehra#dussehra #navratri #happydussehra #festival ... See MoreSee Less

Gardenia Townhomes by Wasl Properties at the most

Own Your Dream Property in Dubai. Villas & Townhou

May Maa Durga empower you with her blessings of na

Peninsula by Select Group is located on Business B

Don't let anything hold you back from your dream h

June Villas is a new phase of the Arabian Ranches