Dollar out – India, UAE to trade in their currencies 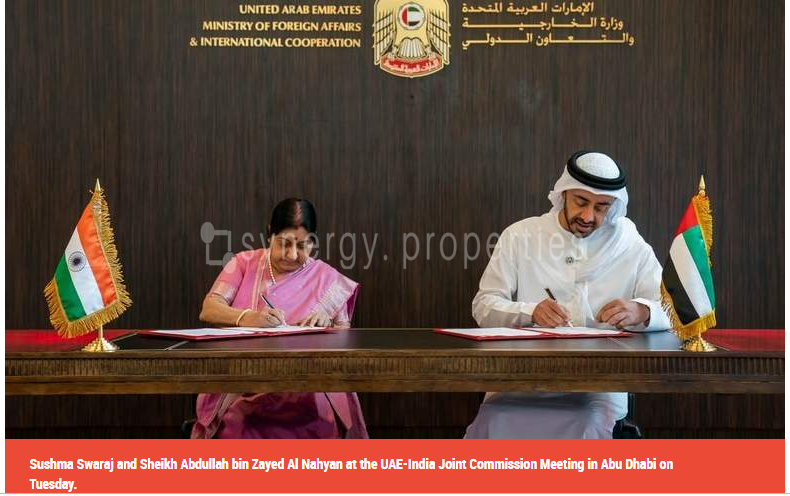 UAE and India on Tuesday sign a currency swap agreement.

In a landmark move, the UAE and India on Tuesday inked a currency swap agreement, which allows rupee and dirham for businesses, instead of dollar.

With nearly $50 billion bilateral trade, the two countries are one of the largest trade partners and have made robust investments bilaterally. The latest development will be a big boost to import and export trade.

The agreement to this effect was inked during the 2-day visit by Indian External Affairs Minister Sushma Swaraj. The minister co-chaired the 12th session of the UAE-India Joint Commission Meeting with Minister of Foreign Affairs and International Cooperation Sheikh Abdullah bin Zayed Al Nahyan held at the ministry’s headquarters in Abu Dhabi.

Both leaders agreed to boost cooperation in trade, security and defence. The leaders also decided to strengthen their resolve to combat extremism and terrorism in all its forms, regardless of the perpetrators and their intent.

Sheikh Abdullah said the UAE has always shared strong historical ties with India and the bilateral ties are based on mutual respect and trust, which are aimed at enhancing mutual benefit of the people.

Swaraj congratulated the leadership, government and the people of the UAE on the occasion of the celebration of the National Day.
The ministers also oversaw memorandums of understandings signed for development of cooperation in Africa between both the ministries and the currency swap agreement inked between the Central Bank on UAE and the Reserve Bank in India.