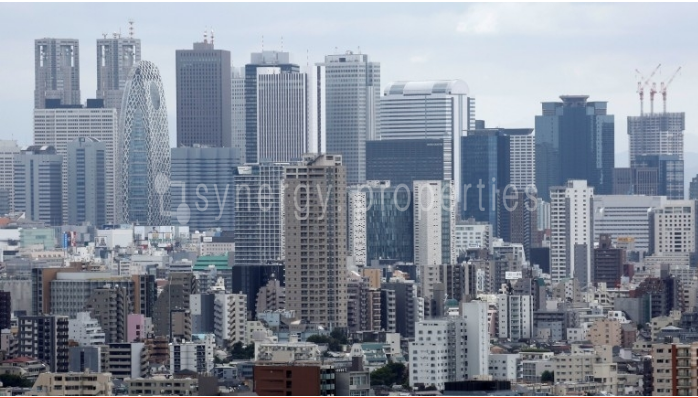 International investors have shown significant interest in the UAE’s real estate market following the introduction of long-term visas, which was strongly reflected in the value of transactions recorded in the first five months of this year.

The value of residential and commercial properties reached Dh17 billion, while land-purchasing transactions totalled Dh14 billion and villa deals stood at Dh3 billion during the first five months of 2019.

Property developers revealed that the news of long-term visas have been well-received internationally as enquiries from foreign buyers, especially from China, grew from prospective buyers. The consistent decline in prices over the years have made the UAE’s property market pretty attractive and affordable.

“We have seen a significant increase in demand from international investors for our residential launches this year, which reflects the positive outlook of the government and the strength of Dubai’s economy. We see interest from across the world, particularly from South Asian and Southeast Asian nations, Europe, the wider Middle East and Africa. China and Russia have been particularly high-growth markets, also highlighted by the growth in the number of tourists from these countries,” said Ahmad Al Matrooshi, managing director of Emaar Properties.

He said the issuance of long-term visas for investors in property, as well as other forward-looking policies that help attract professionals and entrepreneurs, underline the long-term vision of the leadership to establish Dubai and the UAE as a global hub for business and leisure.

The UAE is giving long-term visas – five and 10 years – to investors, entrepreneurs and professionals; specialists in the medical, scientific, research and technical fields; and students and outstanding pupils to facilitate business and create an attractive and encouraging investment environment in the country.

A minimum investment of Dh5 million is needed to obtain a five-year visa, and double that amount is necessary for a decade-long visa.

The Federal Authority for Identity and Citizenship in the UAE said last month that around 6,000 investors and entrepreneurs had applied for long-term visas in the first week.

Some of the wealthy expat businessmen have already been awarded 10-year visas, as well as permanent residency “Gold Card”. They have invested millions of dirhams in the UAE’s economy over the decades. The first batch of 6,800 investors with Dh100 billion worth of investments has started receiving the Gold Card from UAE authorities.

Niall McLoughlin, senior vice-president at Damac Properties, said since the news of the long-term visas was announced, there has been an increase in enquiries from the prospective investors from China and other countries.

“Since the news came out last year, we have seen an increase in the number of enquiries coming from our offices in China and at our international roadshows, which shows that this has been positively received by the international market. Additionally, we also anticipate that the new visa laws will further encourage existing UAE residents to consider buying property here, as they recognise the added benefits of owning their own property in the UAE, be it as an investment or a home,” he added.

Lynnette Abad, director of research and data at Property Finder, has said that permanent residency is a game-changer for the real estate industry in Dubai.

“We are yet to get full details of the Gold Card programme, such as who can qualify, the terms, etc. However, it’s definitely a step in the right direction and very much needed to stimulate investment, especially foreign direct investment,” Abad said.

Al Matrooshi said in addition to strong demand for assets near Emaar’s tourist site in Downtown, there has been strong interest from international buyers to invest in villas, townhouses and apartments.

“The launch of Golf Expo villas in Emaar South recorded sell out response for all four of its phases, similar to the demand for the townhouses launched in Arabian Ranches III. There has also been consistent growth in demand for waterfront residences in Dubai Creek Harbour, the exquisite beachfront homes in Emaar Beachfront, apartments in Downtown Dubai as well as for Sirdhana homes. The positive initiatives by the government will continue to impact positively on the real estate sector.”