UAE the safest country in the world 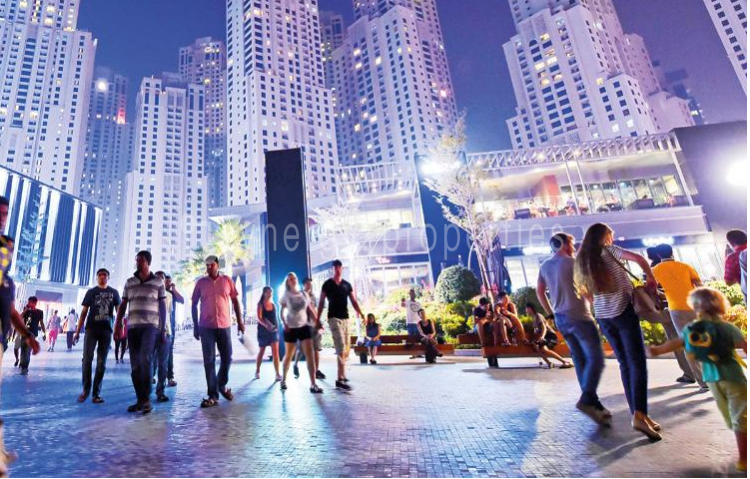 Dubai: The UAE is ranked the safest place in the world as 96.1 per cent of people feel safe to walk outside at night, according to officials on Sunday.

Lt General Dahi Khalfan Tamim, Deputy Chairman of Police and Public Security in Dubai, said the national agenda index in 2018 was positive in all security and safety levels, which put the UAE on top in many fields.

“The survey showed that 96.1 per cent of people feel safe and secure in the country,” said Lt Gen Tamim during a press conference to announce results at the Intercontinental Hotel in Dubai Festival City on Sunday. “We are first and Singapore came second with 94 per cent. The UAE’s policies and strategies were behind the achievement to make the country the safest in the world,” he added.

Major General Dr Abdul Quddus Abdul Razzaq Al Obaidly, Assistant Commander-in-Chief for Quality and Excellence, said one of the reasons for some people not feeling safe on the streets was because there were no lampposts or signs on the streets to identify locations of police stations.

“Our leaders have urged us to enhance people’s feeling of safety,” said Maj Gen Al Obaidly. “Despite the sense of a drop in safety across the world, the UAE has become a safety oasis. Many security initiatives and projects helped to achieve this,” he added.

Share of people who feel safe and secure in the country

He said that GPS in the response system of patrol cars had enabled them to get to the scene of incidents and accidents faster.

“There is a 71 per cent drop since 2008 when it was 13.5 deaths per 100,000 people,” said Maj Gen Al Zafein. “This is a huge drop despite many challenges. We united all our efforts to reduce the number of deaths on the roads.

“All traffic campaigns are now unified across all UAE traffic departments,” he added.

Meanwhile, Brigadier Hamad Ajlan Al Amimi, Director General of the Federal Criminal Police at the Ministry of Interior, said the crime rate had also reduced in the UAE with the country lowest on the list in relation to kidnapping and murders.

“The indicator for serious crime was 49.5 per cent last year compared to 67.69 in 2017,” said Brig Al Amimi. “The UAE also came first in the lowest rate of crimes related to murders with 0.7 per cent and kidnapping with 0.8 per cent. We were even the lowest in the world in relation to rape crimes with 1.2 per cent,” he added.